Back in my early 20s, the highlight of the week used to be those nights I could spend with my friends going to the bar or the club and waking up next day thinking: “Surely it must have been a good night because I don’t remember a single thing”. As most would think, every night of fun when you’re young tends to include a couple of drinks.

One of those crazy nights I used to have, ended up in an uncomfortable situation. A friend of ours was the designated driver then and none of us knew, that while he hadn’t been drinking with us that night, he was sneaking around to have shots at the bar. One might not think it’s such a big deal at the time, but the fact that he couldn’t spend a single night without drinking to ensure the safe return of his friends home got me thinking.

We had a small accident that day, nothing bad, no one was seriously injured, no bones were broken, no blood, nothing. The scare was mainly because for a second it seemed like everything was about to change. We drove off the street and crashed into a light post.

You know how they say before dying you see your life right before your eyes? Well, I don’t know if I’m weird or if that notion is only for movies, but I didn’t even think of anything. I froze. I wasn’t thinking of my mom or my girlfriend at the time, or my dad or my brothers. Nothing.

When I got back home, I couldn’t help but wonder: What if he’s not able to stop drinking? What if I’m going down the same path? What if the next time we aren’t so lucky? Therefore, I decided to leave the drinking for a month as a test and I got to hop off that train before hitting a wall, I made a responsible choice to start treating my body right with alcohol detox, as a result, I got a wonderful surprise, I started seeing some great changes that I’d like to share with you.

The brain gets back on track

Let just say I started drinking a very early age and I rarely knew what skipping a night out with my friends was. When I started my test, I realized that my thoughts and reasoning were slightly clearer and fluent. Aside from the fact that I didn’t have a to experience a hangover for a month, I realized that my thinking was actually improving enough for me to be surprised.

Simple math that I had to do every Sunday when going out for groceries became easier to do, not only because now I had a couple hundred bucks extra in my wallet, but because that “foggy” feeling of heavy drinkers was smoothly disappearing.

The liver thanks you and gives you nice presents in return

I was mean to my liver and never really thought about it, but while I was going through my 30 days, I decided to do some research, take some notes and check out if I could actually see the changes after quitting alcohol that people claimed to have felt.

After the second week, I could see that the redness and swollen appearance my skin had was going away. My skin started to recover a nice normal healthier color and my sight surprisingly enough improved as well. I also noticed that my mood was slightly more positive and optimistic, which was also letting me have a broader and better outlook on life. My mind and body were changing for good, and it felt great.

The people who care about you will feel proud

Ok, this might sound ignorant and naive, but I didn’t think my family or anyone close to me would pick up on the fact that I was holding off the partying and drinking for a while. I was so used to it that I guess I never took into account how or what they might be feeling.

Now my wife, (who was my girlfriend at the time) wasn’t really into going out or drinking a lot, so when I decided to cut it out she seemed to be quite happy and eager to spend more time with me. In a way, it was funny for me to think that something that didn’t seem as relevant or negative would have such a big effect when left behind.

My family started inviting me more often to gatherings and meals, as I was now someone enjoyable spend time with; they too felt proud I was able to cut drinking and focus on more important parts of life

Get ready for compliments on how good you look

I’m not kidding, at the time it was hard to remember what I used to look like before I started drinking. In addition, because I went into the alcohol path when I was very young, it was hard to imagine or picture myself looking different than the way I did.

However, when I stopped, everyone I knew could tell the difference, the smell, the appearance, the attitude, even the way I started to lose weight, which was, by the way, a big issue for me since I was a kid. There was a completely new I in the making and nobody was afraid of acknowledging it and letting me know how they felt.

You get new improved batteries for your body

After just a few days, I felt how I was energized and motivated to accomplish new things. I didn’t feel tired or numb anymore. A new wave of optimism and will was pushing me into a completely new attitude and I liked it.

It felt as if my body was thanking me for giving it some rest from the alcohol and as if I was given a second chance. Though the accident was never life-endangering, it did feel like a new opportunity to do things different presented itself.

Without alcohol on the way, every single aspect of my relationship improved. Especially the sex. Which obviously brought many benefits not only for my relationship but also for me as a person. We had a deeper and more meaningful connection.

My self-esteem got better because I was feeling attractive and I could tell that my girlfriend wanted to be with me more often, which didn’t happen when I was drinking because well, let’s be honest, kissing someone who reeks of alcohol, fast food and sometimes vomit is not exactly on the top 10 things women find irresistible in men.

My wallet got happier

If you remember what it was like to be in your early 20s, you might remember those instant noodle cups, or how the most versatile of the dishes always included pasta. Unless you were rather wealthy or had a good job, you probably just as I, had a tough time making ends meet.

Unfortunately at that age I wasn’t really thinking of my finances, so when I decided to quit drinking for 30 days, I realized that after the first week I could buy a couple more things that I actually needed and didn’t struggle that much with transport and lunch while at work during the next couple days.

The money I wasn’t spending on alcohol and taxis (and cigarettes) was helping me out a lot to do my weekly grocery shopping. To the point where taking my girlfriend out for dinner started to seem like something, I would be doing more regularly.

Sundays and/or Mondays get better

Not having a hangover every weekend or at the start of the week added another day to my week. I had more time to get things done or simply to get on new projects that I always wanted to but somehow never had the will or “time” to do. It opened the door to a completely new world of opportunities.

I took on jogging with my girlfriend; we started doing more productive activities, such as going to museums, plays, and concerts. Even better, the relationship with my now-in-laws improved not only because they got to see the change in me, but also because we had the time and chance to see them more often and work on the relationship.

With the change of attitude towards life, I also gained a lot of free time. This allowed me to start appreciating more what I had and made me want to be a better person. With a better health and better outlook, I gained self-worth and those around me could see that, making me more likable and prone to succeed at what I wanted. Therefore, I started to think of ways to improve my life.

I started to aim for a better job, higher education, and goals like: having a family or a house one day became more clear and seemed more achievable than before. The routine of doing the same every weekend led to being more spontaneous and develop a better sense of humor, which up to this day I think are key to have a happy life.

I felt happier and healthier than I ever had

With all the changes I saw by the end of the month, a new me was being born: all the benefits brought by quitting alcohol gave me very important new insights; I started appreciating my life, loved ones and family in a way that was almost overwhelming.

I was proud of what I was doing, and looking forward to the next chapter in my book. I felt like I was ready to write a new story, one that I would be very happy with and that now after years of having decided to change my life, it would make everyone proud. 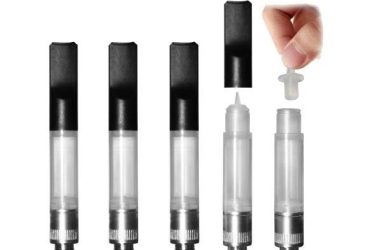 Your vaporizer usually heats up when you use it. Be that as it may, when …
Health care
More

Days are gone when plastic surgery used to be expensive and painful. With time, several …
Health care
More